Authors on what the Minnesota Book Awards means to them

We sat down with three incredible Minnesota Book Award-winning authors to find out just what the Book Awards have meant to them. Following are our interviews with Maureen Millea Smith, 2007 Novel & Short Story winner for When Charlotte Came Home, Shannon Gibney, 2016 Young People’s Literature winner for See No Color, and David Housewright, three-time winner in the Genre Fiction and Mystery & Detective categories for Practice to Deceive (1998), Jelly’s Gold (2010), Curse of the Jade Lily (2013).

Follow us on Facebook to get to know more great writers and to stay up to date with all the 30th anniversary season announcements!

What did it feel like to win a Minnesota Book Award? 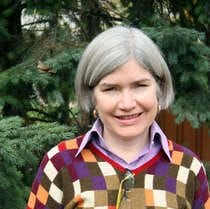 Maureen Millea Smith
Winning felt wonderful, like running a race that I didn’t quite understand that I had entered. For the first time, at least momentarily, I comprehended why athletes love winning. Alicia Conroy and Patti Frazee, the other finalists, were fabulous and I felt honored to be in their company. I felt so happy I couldn’t help crying as I read my prepared and very much timed acceptance speech. 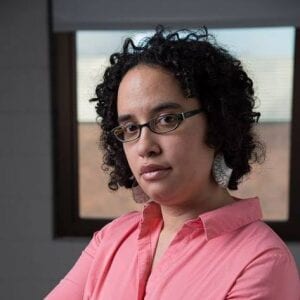 Shannon Gibney
It actually felt incredible to win a MN Book Award. I was surrounded by family, friends, and colleagues — people who have supported me throughout my career. It was especially meaningful to have my parents there, who flew in especially for the awards ceremony, and have encouraged me to write since I was a kid. They completely freaked out when the announcer read my name from the envelope. 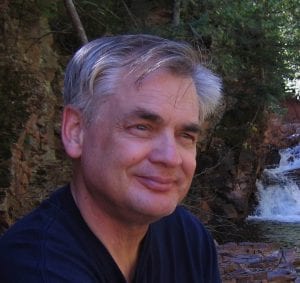 David Housewright
Pretty damn good!  What you need to know is that Practice to Deceive, which won in 1998, was my second novel.  My first, Penance, had won the Edgar Award from the Mystery Writers of America and received a Shamus nomination from the Private Eye Writers of America.  So, winning the Minnesota Book Award made me feel confident.  It made me feel as if this new career of mine – I had worked in both newspapers and advertising – just might work out after all.  That was 19 books ago.

How did the Awards program affect your career or your life?

Maureen Millea Smith
For readers in Minnesota — patrons of the State’s libraries and customers of its bookstores the Minnesota Book Awards are an imprimatur on a book. The award is a reason for a person to read the story. People read When Charlotte Comes Home and the book and its characters no longer were mine. They belonged to the readers. Readers in their relationship to the page make a novel come alive. Fred and Charlotte Holly and their family in Omaha, Nebraska live on in the readers’ imaginations. This the Minnesota Book Award gave to my characters, their stories, and to me. It was an emergence for them and for me. Publishers, agents, and contest judges at least give my work a read because of the award.

Shannon Gibney
I got invited to share my work with libraries and communities throughout the state. I met a ton of folks who were eager to share their experiences with writing, reading, YA lit, and some of the major themes in my novel: race, gender, sports, and transracial adoption. The award also raised my profile generally, in regional and even some national spaces.

David Housewright
It’s always nice to be able to write “award-winning author” on your dust jackets and the homepage of your website.  But mostly the three Minnesota Book Awards – and the seven nominations – means that I have been able to write at a very high level for a very long time.  I find that most gratifying.

What advice would you give to other aspiring Minnesota writers?

Maureen Millea Smith
I entered the contest with my copies of the book. I filled out the application.  My publisher had nothing to do with it. It was at a sort of a bleak moment in my relationship with the house. It is a hard reality to accept, but promotion is most often done by the writer not the publisher. Winning the Minnesota Book Award reminded me to work hard daily at my craft, to submit my work, to enter contests, and to keep in play. Failure and rejection are a large part of a writer’s lot, but never giving up is the other half of it. The aim is not to be perfect. My aim is to improve and refine my craft to share my fiction with the reader. God love the readers — and the Minnesota Book Awards.

Shannon Gibney
Keep writing, reading, and supporting each other as good literary citizens of this state. Especially support those voices and writers that have been historically marginalized, and until now have not have a real space in mainstream Minnesota literature. There are at least a million Minnesota stories, and we will only thrive as a state when we find, create, and amplify them all.

David Housewright
You’re trying to write a book that has something to say; that resonates in the reader’s mind long after they close the back cover.  You are not trying to win awards.  If they come, great.  But remember it’s the book that matters.  So, take the work seriously.  But please, please, please, I’m begging you – try not to take yourself or the awards too seriously.  If you can’t enjoy the life, you might as well be an accountant.  It’ll probably pay better, anyway.