Casey Gerald on The Bush Band and a warm welcome

We are so thrilled that Casey Gerald will join us for this year’s Opus & Olives. In preparation for the big event, we asked Casey a couple questions to help fans get to know him better. This is an #opusexclusive.

Tell us something that people might not know about you.

When I was twelve, I went to Australia as part of some student ambassador scheme Dwight Eisenhower had come up with before he died. Our tour guide taught my cohort the song “Waltzing Matilda” on the first or second day, after which I decided to form a band — Casey & The Bush Band — that sang the song up and down the east coast, usually uninvited, for the rest of the trip. That was my brief career in the music business.

Tell us what you love about libraries.

Back in 2013, three classmates from Harvard Business School and I decided to take a road trip instead of doing a more traditional summer internship. We drove 8,000 miles across the country, stopping in eight towns and cities to work with small businesses. We quickly learned, however, that most people in the heart of the country were not particularly excited to see four Harvard MBAs coming to town — I don’t blame them — and so we also quickly learned that the only place we could always count on a warm (and free) welcome was the local public library. I don’t know what our trip would have been without that safe space to rest and work and step in from the heat. I do know that many people count on libraries in just the same way. 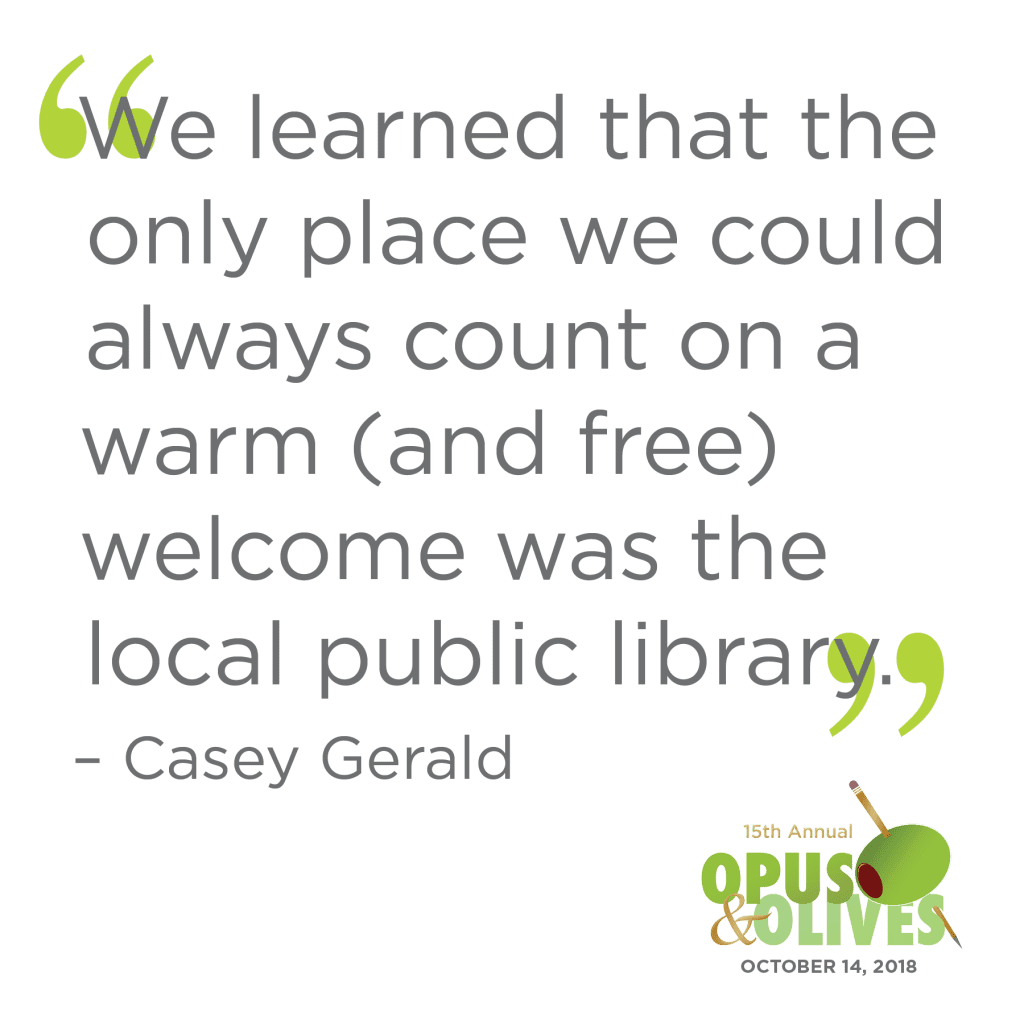 Meet Casey and the rest of our bestselling lineup in person on October 14 at the RiverCentre in downtown Saint Paul!